The MA 30.3 power amplifiers at a glance

The MA 30.3 also have a great legacy in terms of sound. It’s ancestor, the M3 provided the template for its modern descendant, the MA 30.3. Essential features such as the structure of the MOS-FET output stages around the colossal main transformer have been retained and modern features such as the intelligent remote switch-on have been added. Far-reaching innovations in circuit design from the award-winning large AVM power amplifiers of the OVATION series were also introduced in MA 30.3. These innovations are made possible by the use of the most modern components as they can also be found in our flagships of the power amplifiers, the SA & MA 8.3. All in all, this resulted in new and ultra-modern mono power amplifiers that play at the highest level in terms of sound for a moderate price.

All functions of the MA 30.3 are automated (protective circuit etc.). There are also extensive setting options with which the switch-on modes can be selected (automatic, trigger, permanent on). With the AIR (AVM Intelligent Remote) function, the output stages of current AVM preamplifiers (e.g. PA 30.3, PA 8.3 etc.) can be switched on and off without the need for a separate trigger cable. The required control signal is simply transmitted via the RCA or XLR cable.

The perfectly processed housing made of painted sheet steel provides the stable base to safely carry the huge main transformers and sensitive electronics. The brushed aluminum front borrows from current devices of the EVOLUTION series as well as the AVM M3 Monos. Standard housing versions are silver and black.

Introduces in autumn 2020 and like all AVM devices, the MA 30.3 were also completely developed in the AVM high-end R&D centre in Malsch in order to incorporate the latest circuit designs of the award-winning components from the OVATION and EVOLUTION series into the AVM 30.3 series. Repeated, intensive quality controls during all production steps and a break-in period of several days for each individual device secure the AVM promise of maximum reliability in the long term.

This is what the press says about the MA 30.3 power amplifiers 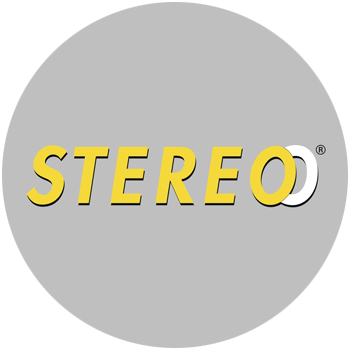 “AVM has significantly revised the monos presented for the company’s anniversary in 2016 and given them a whopping performance boost. In addition, these blocks sound fantastic. You can hardly get more amplifier for the money.”
STEREO, Germany